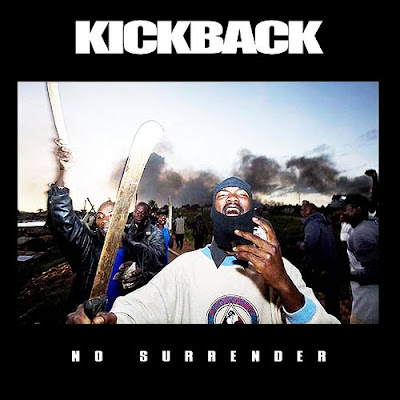 Two bands had the biggest impact on me and my perception of underground music and aesthetics. ANTAEUS and KICKBACK. Both of them are parisian bands. I've seen both of them live and got to know some of their members during my studies in Paris from 1992 to 1997. Both of them have been controversial since the beginning, with outspoken frontmen that meant what they said. Rumors, facts and friction, violence, confrontation, loathing of the music business, exteme music at its finest... another day at the office!

It's been 10 years since KICKBACK's excellent "Les 150 Passions Meurtrieres" mini-CD. It left us begging for more with a more extreme, violent, fucked up approach than "Forever War" (one of my two all-time favorite albums together with SLAYER's "Seasons In The Abyss"). In the meantime we heard they split up... And then I went to see ARKHON INFAUSTUS the first time they played live in Athens (excellent performance, gay gig promoter). One of their guitar players, Damien told me that he was playing with KICKBACK and that the band was alive and rounding up new material. That was major fucking news.

A few months ago, the alarm rung again. KB would be ready to release a new album. A little bit later, 3 new tracks were streaming at www.myspace.com/kickback. Big fucking surprise! They were sounding more metal, even atmospheric at times, but yet it was still premium extreme hardcore material.

Now the album is here, the wait is over. Before listening to it, and eventhough the 3 samples were pretty damn promising, I acknowledged a reasonable possibility that I didn't like it *THAT* much. After all so many old favorite bands of mine disappointed me and became dull, boring and predictable as they grew old. Well, not those fuckers!

"Fuck hardcore, fuck your scene and fuck you". This motto is not some kind of empty promise. "No Surrender" marks the demise of modern hardcore and its rebirth. I am not saying they are the only ones, eventhough they are largely the band I prefer best.

The blackmetal riffs complete the negative nihilistik vision they already had in the past. Noisy, discordant bits make you feel unconfortable, creating tension and unholy dynamics. It is in general the more uptempo styuff they have written so far, possibly due to the new drummer. When things get too chaotik, fucking your brain, a monstrous beatdown, classic yet devastating will make you wanna kill somebody. Damien pushed the band into being more technical, and that is a good thing. Stephen's vokills have rotten with the years like a stinking corpse. He's on top of his business, putting to ridicule most of his peers (metal, hardcore and blackmetal alike).

If you didn't like that much KB until now, it is about time you give them another try. If you're into Converge, Most Precious Blood, Catharsis, Gehenna (US), Integrity, you'll be most pleasantly surprised. 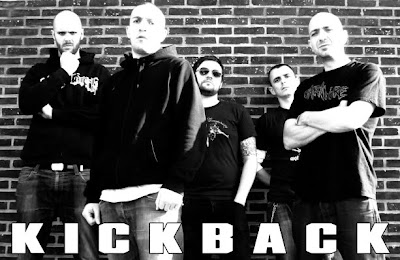