When the pandemic has passed, the Great Divide will not be between East and West, Left or Right, or Rich and Poor: It will be between online and offline. 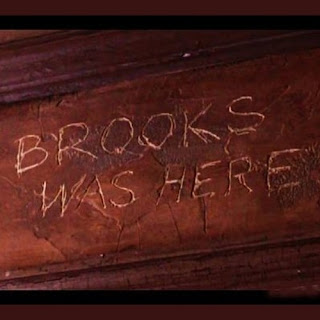 In Frank Darabont's "Shawshank Redemption", an old inmate named Brooks is released from jail after serving a 50-odd year sentence. As Brooks steps out of jail and gets in a bus, he is astounded by the changes he sees in the world.

"The world went and got itself in a big damn hurry", he mutters.

He writes a letter back to his friends in prison, in which he expresses his difficulties adjusting to the outside world. He says he is living in constant fear, and is considering to break his parole so they'd send him back to prison where he feels his home is. He ties a rope around the beam, and puts a noose around his neck. He rocks the table, and the table falls.

As of mid-April 2020, Covid-19 is in full swing. In a dramatic attempt to control the spread of the disease, national governments have imposed strict lockdowns, affecting billions of people across the globe, which have largely brought humanity to a standstill. Global cities, normally bustling with life, are now reminiscent of ghost towns. All mainstream events have been cancelled. The vast majority of airplanes are grounded. Schools, universities, churches, restaurants, bars as well as all other non-essential businesses are shut. Humans are sitting around in their living rooms, half asleep in frog pajamas, moving minimally and only venturing out for essentials.

Indeed, the change of pace is staggering and all too sudden. Humanity has always been in motion, but the momentum that has been built in the past couple of decades is particularly impressive, and makes the contrast way too intense. In a desperate attempt to keep moving, most people seek salvation in the one and only sanctuary that's left unaffected by Covid-19's voracious RNA: The Internet.

Essentially, anything that can be done online right now, is done online. Jobs traditionally conducted in offices are switching to remote. All types of interpersonal relationships are becoming virtual. Entertainment is going online too: A large number of artists who would otherwise be touring are offering free livestreams of their music. World-renowned theatre, dance and classical music performances are offered online for free to ease the pain of quarantine. The National Emergency Library is offering their entire back catalogue of 1.4 million books for free to all readers on the Internet.

The Great Atlantic Migration resulted in approximately 37 million people moving to America in a period of over 150 years. In the Covid-19 era, we are experiencing what appears to be the biggest mass migration event in the history of mankind; tens of millions of what until recently was only casual visitors are moving their entire livelihoods into the Internet in a matter of days.

All these new Internet dwellers have one thing in common: They are amateurs when it comes to online life. For starters, they don't know much about netiquette. Most of the new netizens have probably never considered the nuances of communicating online efficiently -sans facial expressions and body language- without creating massive misunderstandings. Furthermore, they cannot fathom the intricacies of timing one's responses -or silences- while carrying out asynchronous communication.

New netizens are also likely to be ignorant about risks inherent in online life. This becomes particularly relevant when working from home, in which cases one's home network becomes an extension of her employer's network. There is a large number of considerations to be taken into account: Wireless network security, VPN configuration, password complexity, physical security, user management, log generation and management and security awareness, amongst other things, which now need to be managed to a certain extent by the end user rather than her employer's system administrator.

More importantly in relation to this essay, what amateurs tend to do once they get fairly comfortable in new territory is that they overestimate their own competences and start moving faster than what their abilities allow them.

To illustrate this, it is helpful to use an analogy from the runners' world. Something that most seasoned runners must have encountered is when a new runner joins a group of more experienced runners. As it often happens, the new joiner -who thinks he's got perfect control over his newly acquired skill- will invariably start pacing up the entire group, dragging the veteran runners reluctantly along. When the new joiner eventually burns out without being able to even complete the training session, he will resort to an excuse about an external factor (heat, humidity, late night out) being the true cause of their exhaustion.

This uncontrollable, amateur-driven acceleration is happening to the digital world right now, and will only keep amplifying as entire populations shift online.

Even for experienced netizens who have been spending the better part of the lives online for decades, the Internet can be a truly overwhelming place. It is more often than not moving at frantic speed, with massive changes and new trends being generated constantly. With the addition of tens of millions of new netizens -many of which are bound to be acting as excited teenagers- it'll only get faster, more chaotic and more intense.

While the online world is onboarding tens of millions of new members, and overall keeps its globalised, transnational character, there is one significant group that's quietly left in the shadows while the pandemic is running its course: the offline world. Those at the physical space, who cannot, for myriads different reasons, take their jobs and their lives to the digital realm, and are at the same time struggling with closed borders, nationalism, poverty and distress.

When the offline world eventually recovers from the pandemic, years later, it will be too little and too late to catch up and join the online bandwagon. The differences between the two words will at that point be immense and the overall chasm not too dissimilar to the one in Brooks' story. Those with strong attachments to the physical world are likely to detach entirely, form their own channels, at their own pace, and vanish into an alternate reality.

To be sure: this detachment does not necessarily mean a fate similar to Brooks' for the detached. It simply means that the schism between online and offline, as projected, is going to be too deep to be surmountable. As the two populations develop at a disproportionately different pace during the Covid-19 cosmogenic time, there clearly is no way that the offline crowd will be able -or willing- to keep up.

The crucial question, then, remains: Who will be the winner in this saga? Will it be the disconnected "savages" of the physical world, dragging their feet lethargically while staying local? Or the slick online crowd, skidding in broadside in a cloud of smoke, thoroughly used up, totally worn out, and loudly proclaiming "wow, what a ride!"?

It depends on where we are all heading.
Posted by P.Cretain at 09:57 No comments: