I am very happy getting in touch again with an old comrade, Edwin Heijmen. Known back at the time as Mr.HXC#1, he lent me a serious helping hand in Chaotik Webzine, and he also was a vocalist for the cool dutch hardcore band DISDAIN (R.I.P.). 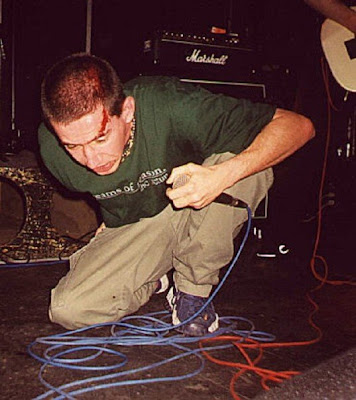 Edwin still keeps the 90's hardcore spirit alive, which is where a big part of my musical roots are as well, through two projects that I invite you to check out:

Getting back in touch with Edwin, reminded me of an old friend and tape trader from the USA. His name was Aaron Mountain, I met him in the mid-90's at IRC EFNET#metal, a place where I made many friends of mine, some of whom I met also in real life (like Arto Lehtinen, David "Ophth" Markey). This was more than a chat channel, it was a community. Some of these people helped me out with Chaotik Webzine, some others' bands I reviewed and featured in the "Wintergrief" compilation tape...

The most persistent and talented comrade of the lot was John "Beergut" Gossard. He had this eerie sense of humor and most of the times that I was getting hold of him online he was drunk. John had send me a track of his band WEAKLING (R.I.P.) for Wintergrief. Little did I know that they would become one my favorite black metal bands ever (buy "Dead As Dreams" now!!!). John has played since in some pretty fucking outstanding bands since, including ASUNDER (R.I.P.). His latest band is DISPIRIT. I was damn lucky to watch the beast grow, listening to early rehearsals and encouraging the dude to stick with this awesome band name and not change it. They have a rehearsal tape out (yes, a tape, not a CD-R!) and a couple of elite record labels have shown vivid interest in them, so expect an official release soon.

But I have digressed. I started talking about Aaron. His nick name in #metal was "Mandalore". He played guitar in two bands back at the time. The first one was the hardcore band THENCEFORWARD. Their style was what we used to call "new-school", which basically meant in the veins of Earth Crisis, Snapcase, Strife, etc. 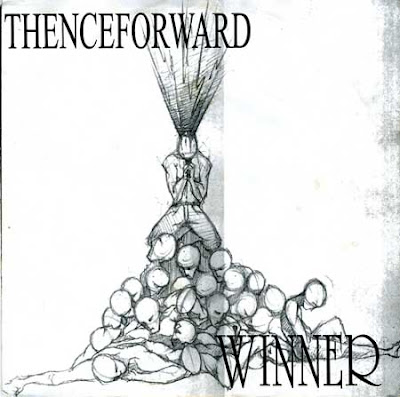 They had two EP's out in 1995 and 1996 and have participated in a handful of compilations. They were pretty good, especially in the "Winner" EP where Aaron was playing.

You can download both EP's here. The archive also includes scans of the covers and inserts. Congrats go to Mostly Blue Skies Above Us for this excellent initiative.

I was feeling so much connected to Aaron because we both liked hardcore and extreme metal at the same time. 15 years later this is normal, but back at the time we were very rare! This is one of the reasons I am so proud of the Chaotik Webzine legacy, getting both worlds closer together...

Aaron was playing in another band, PROCOSTIMUS. They were playing black/death and have had a demo tape out, titled "Synthesis Of Rebirth". I reviewed it back at the time and was very cool. I must have it somewhere and I have not found it anywhere online. Aaron, if you're reading these lines, drop me a word (bodybag666 [at] gmail.com), I hope you're doing fine!

I would like to take advantage of this post, to say hi to all my old friends from EFNET#metal... Maybe I will write more in the future about those days...