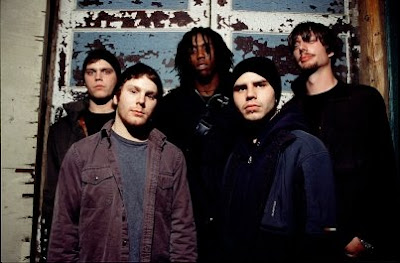 Heavy musical aggression.Discordant rhythms and riffs.Emotions and passion from within.Unique technique and fast forward thinking.How can a band draw all these elements to the canvas of the heavy music?Andrew Hercules (Guitar) explains us the way...

• The new album is brilliant.How did it come so aggressive?
I think that’s just our style,in reference to our first album i think the arrangement style was harder hitting and you can feel it.We wanted a more together feel for this album and part of that was coming together with all instruments to really drive some of the finer intricacies in the music home.I think that focus directly translates into ‘in your face’ rock ‘n’ roll.

• Your previous effort was shocking.Although its little duration as an album one could see that this band had a lot to give.Your comments.
Excuse the cliche but it’s quality versus quantity ,a lot of bands put music on the album just for the sake of having another song or more playing time for the industry,we never think like that,we want everything on our albums to be well thought out and quality.If you want filler there’s a million other bands for music fans to listen to.

• How much did shows help The End from their start?Is The End a live band?
Shows are everything.The album is really just a 2-dimensional snapshot of what our band really is.I think you learn the most from bands when watching them live.That is our strongest element as a band,i believe that to be true for any really good band.

• How can you remember all these riffs and moderation changes?
A song is a song and either you know the way it goes or you don’t.It’s not hard to remember.For instance if your name was 30 letters long instead of 6 would you have any problem remembering it?I doubt it.Our songs are the same way.We’de be complete idiots if they weren’t.As for the writing process ,i’ll just say that it takes time and high standards and expectations.

• How difficult is for The End to record material?
Not any more difficult than any other band.There our songs and we know how to play’em so it’s not that difficult for us,but we work with talented producers as well and making sure the tones are captured as we want is the challenge.Playing the songs is the easy part of us,knowing the studio and being able to use it to its fullest in a very finite amount of time is quite difficult.

• Do you really write so distinct music or it’s just the fact that you are Canadians so it’s justified?(Just joking!)
Canada is certainly unique,just look at the map!!!We also have some of the finest acts in the brutal music business.We love being Canadian and we are products of enviroment like everyone else.It feels amazing to add to the reputation of the Canadian extreme. 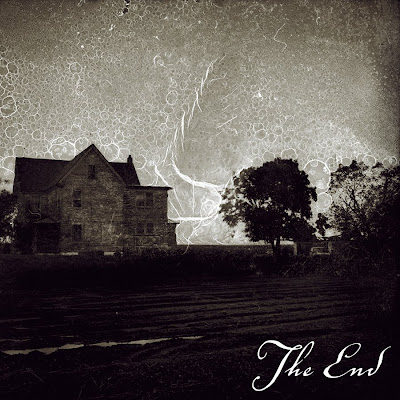 • What happened to Tyler the previous singer?He was more close to the Minakakis school of voice but Aaron is also brilliant.
Tyler was one of those people that needs to do his own thing.The End is five people coming together to make a new whole.Tyler didn’t exactly fit in to that,so although we got along great and he was a talented singer it couldn’t last.He has a different musical project now.Aaron on the other hand completes the unit and the balance which is really important in a creative work enviroment:Balance.Figure it out.

• How much do you get ratty when the others compare you to the Dillinger Escape Plan?
When someone makes that comparison we think one of two things:Either Dillinger is either the only newer style heavy music band they have ever heard.Or that they haven’t really listened to us at all.Put the albums side by side and show me the similarities ,yes we both have guitar and drums and distortion,but the rhuthms and the riffs are totally different ,but to the untrained ear who knows what we sound like.

• Your inspirations start from King Crimson and end with Atheist and more progressive stuff.Do you agree with that version?
Definitely we have an infinite amount of respect for those bands that pushed themselves playing and writing and ultimately created something different and new something unique.It is that kind of passion that we definitely draw form in our band and in our lives.

• What happened to all these groups that play this schizophrenic jazzy hardcore?Is there a competition for who is playing faster and better or is it something that comes from within?
I think a lot of musicians are bored with the standard song.The verse chorus verse.The typical solo.For aspiring players there is a lot that can be done within that style.I don’t think most of the bands are trying to fit to the mould necessarily ,but they are discovering different aspects of their instruments and abilities call it jazzy hardcore.I call it aggressive musical passion.

• The packaging for ‘Within Dividia’ is superb.Which idea was all of this?
The Dividia lived and died,we only tried to recreate as much of their world as possible.All creative edit goes to the Dividia who perished in flames and relative obscurity for being misunderstood.

• Do lyrics mean a lot for you although more of thesemusic fans take notice to music first?Is there a pity for the band or do you care more for the music?
The music and lyrics are one in the same to us.And so we have the same standards for both good music good ideas.

• Do groups such as Deadguy,Kiss It Goodbye and Cynic reflect you as a group?
A ll the bands you have mentioned have left huge impressions on the heavy music underground and looking at the bands they have influenced it’s almost impossible to say that we don’t have elements of those bands encoded within our music ,but i think people look so often at the ‘obvious’ influences that they fail to see where bands like Nirvana,Godspeed You!Black Emperor,Shotmaker and whole lot of other bands need to be added to our personal list.

• Describe us the greatest The End incident so far.
Last night we were driving 16 hours home from Thunder Boy Ontario and we got pulled over for having almost no working lights and for speeding somehow we didn’t get a ticket for either.Then the cop told us to watch out for ‘moose and shit’ and to ‘crank the tunes’.That’s pretty great as far as i am concerned.

• Would you come to Greece for a show?
We are planning too in November so check the Relapse records site for tour updates and start training physically and mentally.