Exactly one week ago we had the privilege to watch SHORA live: we can confirm that it is one of the most outstanding bands in the known universe and this memorable show was amidst the best we have ever attended. Vincent de Roguin (who is no longer part of the band btw) had answered our questions a couple of years back. 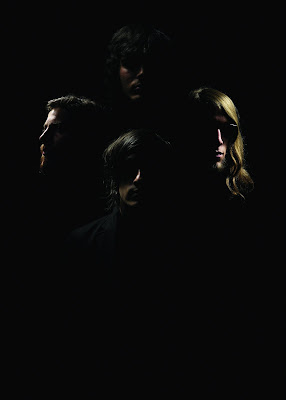 Hi, first of all congrats for your new release .It’s awesome as a whole and its hidden small details continue to surprise me .Since this is the first time we talk can you tell us a few things about how Shora was born and what does your name mean ?

Thanks for the nice words ! Shora began its aimless voyage in the 1999 when its initial pilots decided to unite their strengths to built a stronger startship and eventually loose themselves in the pursuit of the unknown. The moniker Shora was chosen for its visual and aural qualities.

Throughout your career all these years you changed a lot of faces musically .Did you feel/imagine from the start that this band would change that rapidly through time ?

No, because we’ve always been focused on the present and also because thinking in the long-term goes hand-in-hand with concepts like “ambition” and “career”, which is something that doesn’t suit well our individual and collective frame of mind. Also I wouldn’t say that we had a fast evolution, being in your mid-20s and having spent seven years playing music with the same people sure does feel like a long time.

How did you come up to the decision recording an (almost) instrumental record? Did you feel something like too much talking is cheap? That its all said?

Well, there are a lot more things to be said and sung about and we don’t have any issues with singing whatsoever. We love the sound of human voice and if we had found a singer that suited our music and vision, we would have definitely have incorporated her/him in the band. But there was no one in our immediate entourage that would have been the right person for the job so we went instrumental. There has been no decisive talk about the situation, it just happened naturally. But we soon realized that it gave us a space and a sense of musical freedom that eventually laid down the canvas on which we developed the ideas contained in Malval. In addition to the previous question ; I saw your site ,shora.com, and it is as minimal as it could be .It gave me the impression that you don’t wanna expose yourselves that much through Shora .Agree and if yes how do you explain/justify this attitude of yours?

Agreed but I don’t think that we need to justify this anyhow. Well, it is good to keep some sort of distance between the people who do the music and the people who listen to it, to leave some space for the imagination. So we simply try to keep a little bit of mystery around what we do and not to give too much clues and keys. Although answering your questions might already be a blatant treatise to our ethic, haha.

Why did you name you record “Malval”?What is the story behind it?

See previous answer. Malval is a location in Geneva where we spent some great time while making our album and it speaks to us as a symbol associated to a specific period of our lives.

The artwork is great .Is there some kind of code in it?

No code per se. Again, it is up to the imagination. There might some meaning behind it but its not our role to us to give clues about it as we feel that it looks nice enough to stand on its own. 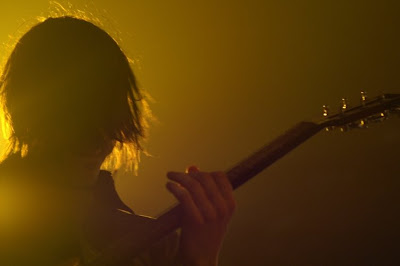 In my opinion the orchestration in “Malval” is for seminar.You must have worked too much time on it ,what were the intentions of yours while constructing the material?

I don’t know if we have worked “too much” on it but we certainly spent some long days trying to make the whole record sound as coherent as possible. The orchestration and arrangements were pretty much the last thing we worked on after the initial composition period but it is sometimes the details that make things stick together. Again, this record is not very intentional; we were the first ones surprised by what we had created.

Another thing that is truly amazing is the sound of the guitars .You seem to know each second what effect to use without harming the entity of the song .So can you tell us a few things about these great guitars ?

A few things about the guitars ? There is Travis Bean, a Fender Telesonic and an old Guild involved. Well, I can tell you about all the effects and the guitars we’ve used but I’m not sure that it would really help you. There was a lot of different amps and microphones involved as well. We simply made sure to obtain the sound we wanted. And that wasn’t always easy.

I noticed the carefully expressed dynamics in your play ,in all instruments .The hit of the snare for example goes in parallel with the slightest bend in the guitar and the whole music sounds as powerfull and sensitive as an ecosystem.Do you agree and how much important do you think it is for a musician to use dynamics ? Are the dynamics a nice tool to imitate nature?

Thanks again ! You know, we simply play the music we love, following our intuition and some sort of ideal of greatness. We try not to over-analyze what we do because most of the time it takes us out of the actual beauty and magic of playing, which is ultimately what matters. There’s also a huge chance factor in Shora; we’re not completely in charge of what we create, which is an entity in itself, living by its own rules. To get back to your question, you can’t separate dynamics from the music, each and every sound has its own dynamic and moves a certain way, even the most static. And you can definitely use some dynamics in music that recreate or imitate nature (be it storm, waves and wind). John Cage wrote some interesting things about this issue.

I am really curious ,do you have any specific expectations from “Malval” ?

We had “some” expectations as far as distribution and promotion but everything has been going so unbelievably well that anything happening now feels like a bonus.

Your country has some elegant bands , from Coroner to Knut .How do you see things going right now in the scene of Switzerland ?Any bands to recommend?

What always strikes me the most about Switzerland is the fact that its better bands have a very individual and unique sound. I’m thinking about The Young Gods, Voice Crack and Celtic Frost. Current bands that we enjoy are Honey For Petzi, Brazen, Monno…

Are there any touring plans?

Not in the near future, sorry, we’re working hard on a new album right now !

What would you prefer ; being invisible for a week or being able to fly for a month?

Being invisible ! I can always use airplanes to fly, whereas no machine invented by man could help me do what I would do if I was invisible. Can we touch and move things when being invisible ? My activities for the week would probably involve girls and banks.

Thanx for the interview and once again congratulations .You can close this interview however you like .Cheers!

Thanks for the interview. Ars Longa Vita Brevis.