I love 10”EP’s. The one between INSISION & INVERACITY on almighty Nuclear Winter Rek is one of my faves. The swedes hooked me up immediately (and you can read in the review sektion what I think about INVE). As a matter of fact I believe they’re one of the best things the modern brutal deathmetal scene has to offer. After the chaotik debut “Beneath The Folds Of Flesh”, “Revealed And Worshipped” hammers the nail even further and oh boy does this feel good. This interrogation with vokiller & satanik wordmaster Carl Birath has been initially conducted in Sept.’04 for a Metal Hammer GR feature. This is the uncut/untranslated version. 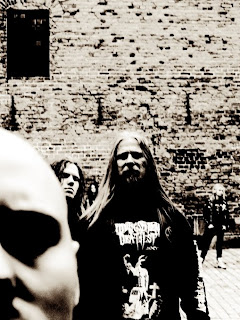 your new album is more technical than “beneath”. What motivated you to go to that direction?

Carl: first up the songs on R&W are made all together and are all songs made within the same time-span. BTFOF was partly older material mixed with new but main reason for getting more technical is the obvious fact of progression in a band. We found new ways of dealing with the music and this was the outcome.

in what other terms would you say that you have evolved since “Beneath”?

Carl: Well as ‘beneath…’ was mainly old material put together I can say that lyric-wise I have been able to work more with a red line running through the lyrics. We have also grown as persons all of us, been through some tough times but always seemed to walk through it flawless but with some scars to strengthen you.

Is there any lyrical concept for the new album? What is “Ideas Of Revolution” talking about?

Carl:
It’s from a vision I had.
It inspired me to write the pretexts and the lyrics.
Its mainly in the eye of the beholder man…
what do you think its about?

how come that track#4 has only spoken word & some ambient soundscapes? Don’t you think it breaks a little bit the pace of the record?

Carl:
It’s a breather…to catch your breath also it works as a ‘breaker’ and brakes of the album for a few minutes.
It was mainly an idea that came into my mind when recording the album; still I have had these kinds of ideas before. The Words in that track are a compilation of all the pree- texts on the album…. So its in symbioses with the whole feel of the album I guess.
When you read the lyrics of the whole album you will find out. 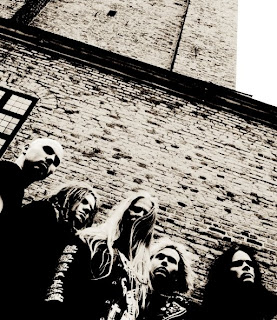 why has thomas daun left the band? is Marcus Jonsson your new permanent drummer? Who replaced Toob Brynedal on tour & is he doing better?

Carl: Thomas left the band because he lack of dedication to the band. Ha has been playing in some other band that plays some ‘pop-rock-glam’ music and decided to do that instead. For us it was more of a relief really as he had been holding us back for the last year making it hard to rehearse & create new songs etc. so his decision for leaving was very much a mutual decision indeed. I’m not back stabbing him in anyway, he was a good drummer and a cool friend and still is and we are not in any way enemies but insision did not fall just because of him leaving. He has been on his way from the band for a long time now and didn’t contribute much in the end. If your not part of the plan your just luggage so to speak.
Marcus is our new drummer for the moment, but as it looks right now he works very well in the band not only music wise but also on a personal level. Easy to work with, laidback and into this kind of music. Generally he is much Faster and more technical then Thomas, so in fact he is better, which is just splendid and he is also a fast learner. The first thing we are going to do when back home is to start rehearsing new songs that fits his kind of drumming. At this point we have to hold him back from getting all ‘speed-crazy’ on us. None replaced Toob, we just went with Roger instead and it worked out Ok I think, of course you are missing one guitar but its still insision allright.
toob is doing Allright but will not be coming back with us.
… after his drop out of the tour and his interest in the the other band that Thomas is in he had to go as well… We are at this very moment looking for a replacement. Had some hooks out and are at this point going trough which ones to take for a test round. We are in no worries at all… 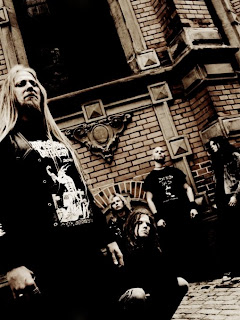 how was the tour with suffocation? I saw them in the furyfest, they were incredible I guess they were as good in the rest of the shows? In which order did you play with the other support bands & did you like them?

Carl: We did it by Schedule , changing every night. I know from start Insision was supposed to be main Support I don’t know why it fell through but it worked out good anyway I mean everyone got a fair chance to play main support and we had a blast.
The other bands where Disgorge (usa) and Dementor (slovakia) And they where all great guys and we had no problem whatsoever We where riding the same bus as Disgorge and Dementor where having there own Van to travel in so of course we got closer To Disgorge but in the end all was good and we all enjoyed hanging out together.
Suffocation was awesome every night I promise you, bringing their own sound engineer they kicked ass every show on the whole tour. They are also very pleasant and cool to hang out with, all different characters for sure.
If we get a chance we’d be more then glad doing some more shows with them…

Why did you chose to produce the album w/ Mieszko Talarczyk @ Soundlab? What kind of experience was recording with him?

Carl: We decided to Do sound Lab because we head so much good about it and also that Mr Mieszko was a good producer, but also we where willing to try something new. The experience was awesome. Me , Roger and Toob where there all the time and ever worked the nightshift with parts of the solos and vocals Thomas only joined for the drums and Daniel stepped in to do the bass.

It worked very smoothly Mieszko is easy to work with and have lots of good ideas on how to put stuff down to make it good. All in all we had a very good experience and we are actually thinking of returning to Sound lab if possible in the future. 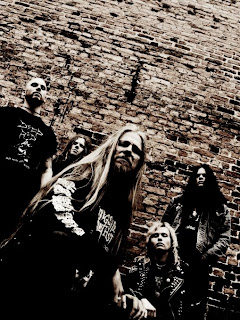 I saw in the studios session gallery a photo in front of an analogue mastering device. Was the mastering done analogically?

Carl: We had an idea of using the Analogue mastering device just to make it sound a bit thicker and less digital and I guess it worked. We transferred the digital down on the Analogue tape recorder and then turned everything around and did it the other way back from analogue to Digital. It compressed the sound a bit and cut of some of the higher peaks and flattened the sound. It was all Mieszkos idea and we liked the outcome of it. The Mastering was made all digital this Analogue thing was just a small part of the process.

how are you doing with wicked world/earache?

carl: We are doing Good. At this time we got full Promotion from them, which is great. I mean if you wanna make some thing out of a record you’d better let ppl know about it, right… !? And w/ this suffocation tour, new record, new Video and new T-shirts coming up we are a 100% promoted which is good. Lots of ppl get to get the insision-experience! 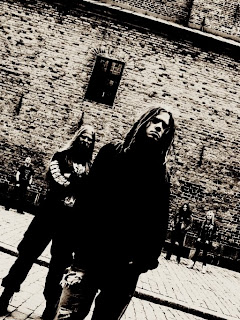 any other swedish deathmetal you’d recommend our readers to check out?

carl : well except for the regular ass kicking bunch, VISCERAL BLEEDING, GOD HATE, SPAWN OF POSSESSION, KAAMOS and IMMERSED IN BLOOD among others we got IMPERIOUS and also you got SEPTIC BREED as newcomers, well worth checking out! (youll find a bunch of cool links at www.insision.com)
Shit man I mean there are a hell of a lot of good brutal stuff coming out of brewing here in Sweden at this point I cant mention all…

did you had the chance to listen to Inveracity’s debut fulllength album & how did you like it? 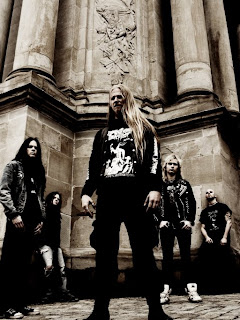 what are your projects for the near future? Any US touring plans?

carl: At this point, now when back home in Sweden after the European tour with the mighty Suffocation we are about to do some smaller gigs and in between we are about to start work on new material… 2 years are a long time to not release something and we are sure not gonna waste any time this time around.
With Marcus behind the drums we can work with some more viscous and more brutal stuff and that is what we are planning at this point… To keep the train rolling. Death metal in absurdum.

words of the end?

Carl: Well, To all you crazy death heads out there and fans of this music and scene remember without you there is no fucking scene at all..
Keep the bloody flag of Death metal high.
Be sure to check out our latest album revealed and worshipped. Feel free to visit the web page http://www.insision.com for more stuff on insision.
Keep it brutal and twisted
Rex Mundi regare
Over and out
/Carl Birath / INSISION 2004
Posted by Raoul Argos at 01:21